While the B-Boy management team is extremely talented, we realize we can’t do everything ourselves. Because of that, we are looking for a couple of blog contributors to show their stuff!

We’re not in this for ourselves. We want to help promote you and your business as well so this is a great way to cross-promote your brand. We’d like to select our contributors soon and have everything in place by September 1st!

We’d love to recruit 5-6 contributors to blog on B-Boy Productions, Inc. We’ll choose bloggers for each category below. Categories are:

We’ve outlined the details below:

EXPERIENCE: Yes – Must have an active/updated blog. We’re looking for bloggers who have some knowledge of programs like Photoshop & have a ‘similar aesthetic‘ as B-Boy Productions. The posts you write for B-Boy cannot be posted on your own blog, but you can link to it from your blog.

WILL THERE BE COMPENSATION: Not at this time. But it’s a great chance to gain more exposure & collaborate with the B-Boy blog.

BIO PAGES: We’ll be adding a page with photos & short bios of all the current contributors.

CREATIVE POSTS PLEASE: We consider ourselves creative. That said, we love reading interesting and quality posts with pictures throughout. So please put some LOVE into it!

PHOTOGRAPHER SUBMISSIONS: While pictures are awesome and we do want them posted, please make sure you add some written words to tell the story.

HOW DO YOU SUBMIT: If you want to give this a try, email us and let us know which category you’re interested in. Write ‘Contributors‘ in the email subject please. Also, please include a link to your blog so we can see your writing style!

WHEN WILL WE SELECT CONTRIBUTORS: If you don’t hear from someone at B-Boy in about 2-3 weeks from this post, it means someone else was selected. Unfortunately, we may not be able to respond to everyone. We will post the selected contributors in an upcoming post!

Thanks & looking forward to hearing from you! 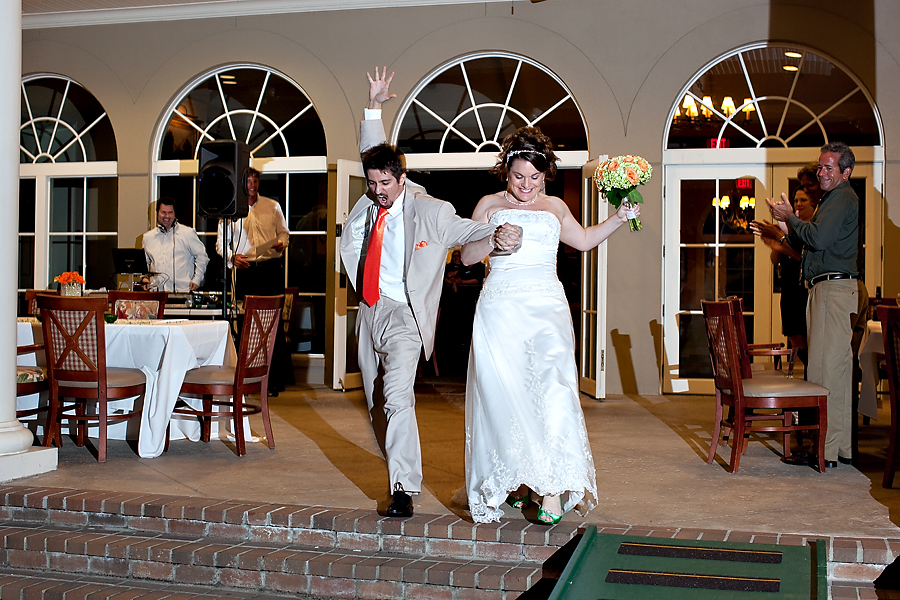 Almost every wedding reception has at least one formality that needs a special song selected. Having a tough time figuring out which formalities need a song and/or what song to use? Maybe you’ve already gone online and googled “wedding formalities” for ideas. If you’re like the vast majority of the couples we know, most of the songs you’ll find are either cheesy, old, played out or don’t fit you and your fiancé! In the next few posts, we’re going to dissect the formalities and hopefully, with what is now our 17 years in the business, we’ll get you on the right track to finding the perfect music for your reception. This particular post is going to be directed at the Grand Entrance. It’s such an important formality that it needs an entire post dedicated entirely to it. The other formalities will be covered in part 2 and 3 of this series.

From a DJ perspective, the grand entrance is one of, if not THE most important area to spend time picking out a song. Why? Because it sets the tone for the entire reception. Seriously, if there is one formality to really give some TLC with the song choice, this is it! Your guests’ first taste of your vision for the night is based on the music selected for this entrance. So a couple things to keep in mind:

DECIDE ON A THEME
What type of feel do you want your event to have? A formal vibe? A more Classic Rock theme? A high-energy party atmosphere? Whatever it is, once you decide this piece of the puzzle, it’ll set you on a path in picking the perfect song(s). But keep in mind, the theme must be decided first before going on.

PICK MUSIC WITH ENERGY
Regardless of the theme, the track should have some energy. Nothing can stunt the potential of your party like a boring song to start the night. And don’t think for a moment that if you pick something other than a “Party Atmosphere” as your theme that this can’t be accomplished. For example, if you want that “classic/timeless” feel, 2 of our favorite tunes to consider would be either “At Last” by Etta James or “It Had To Be You” by Harry Connick, Jr. Both have a great build-up with huge fanfare in the intro and then drop perfectly for the introduction of the newlywed couple. So it doesn’t have to be a modern track (necessarily) to achieve that energy that is needed for a memorable entrance.

CONSIDER AN INSTRUMENTAL OR A TRACK WITH SPARSE VOCALS
This is usually the last thing on a couple’s radar but makes a huge difference. No matter how popular a song is, it is tough introducing anyone over a track with vocals. Think about radio MCs. Do you ever hear them making announcements over anything other than the intro of a song? Of course not. With a grand entrance, announcing the bridal party over a song with vocals will inevitably cause something to suffer – either the MC or the track. So we suggest picking a song with zero or minimal vocals. One instrumental track that worked well for us this past year was “Party Rock Anthem” by LMFAO. People instantly recognize this song when the synths come in so you don’t even need the vocals for this one. We’ve made custom edits to certain tracks using the instrumental for the verses and then bring in the original with the vocals for a chorus to break it up. Can’t find the true instrumental of a track? Here’s a trick. Look up the karaoke version. There’s almost always a karaoke track for just about every popular tune out there and the quality of karaoke tracks has gotten substantially better over the years.

PICK 2 SONGS FOR A BRIDAL PARTY WITH 6 OR MORE PEOPLE
Most couples coming in to meet with us think one track is all that is needed for a grand entrance. We recommend 2 tracks. Selecting 2 songs does 2 things:
-Allows for a natural segue way between introducing the bridal party and the bride/groom.
-Gives the bride/groom their own moment in the spotlight

If you only have 2-4 people in your bridal party, one track can work fine. Any more than that, we always recommend 2 songs. There have been a few clients who want to take it to the extreme in the other direction and have a different track for each person in the bridal party. Not only can that be tough for the DJ to juggle but the impact you’re trying make is going to be hard to achieve. The walk-in generally takes only 20-30 seconds which means that unless you’re doing custom edits or cueing to the hook of the song for every track, you may get just the intro of the song before the next one needs to start. Stick with the 2 song approach and you’ll create a smooth and memorable Grand Entrance.

This post wouldn’t be complete without some song recommendations. I’ve given you just a few song ideas below based on the specific themes I mentioned above (our complete list is reserved for our clients). We’re constantly updating our song suggestion list for formalities so be sure to e-mail us for the most recent list. In our next post, we’ll tackle the First Dance, Father/Daughter Dance, and Mother/Son Dance.

CLASSIC/FORMAL
At Last – Etta James
It Had To Be You – Harry Connick, Jr.
Jump Jive An’ Wail – Brian Setzer
Viva La Vida – Coldplay