The Summer has been a scorcher weather-wise! Good news – so is our DJs Best Summer 2018 Spotify Playlist. Will you find a “song of the summer” in this playlist? It’s possible. Surprisingly, it’s a little light on the hip hop in this edition but a lot of great tracks spanning Top 40, EDM, R&B, Indie as well as a few throwbacks for good measure. Be sure to subscribe to our Spotify channel or just stream the playlist here. 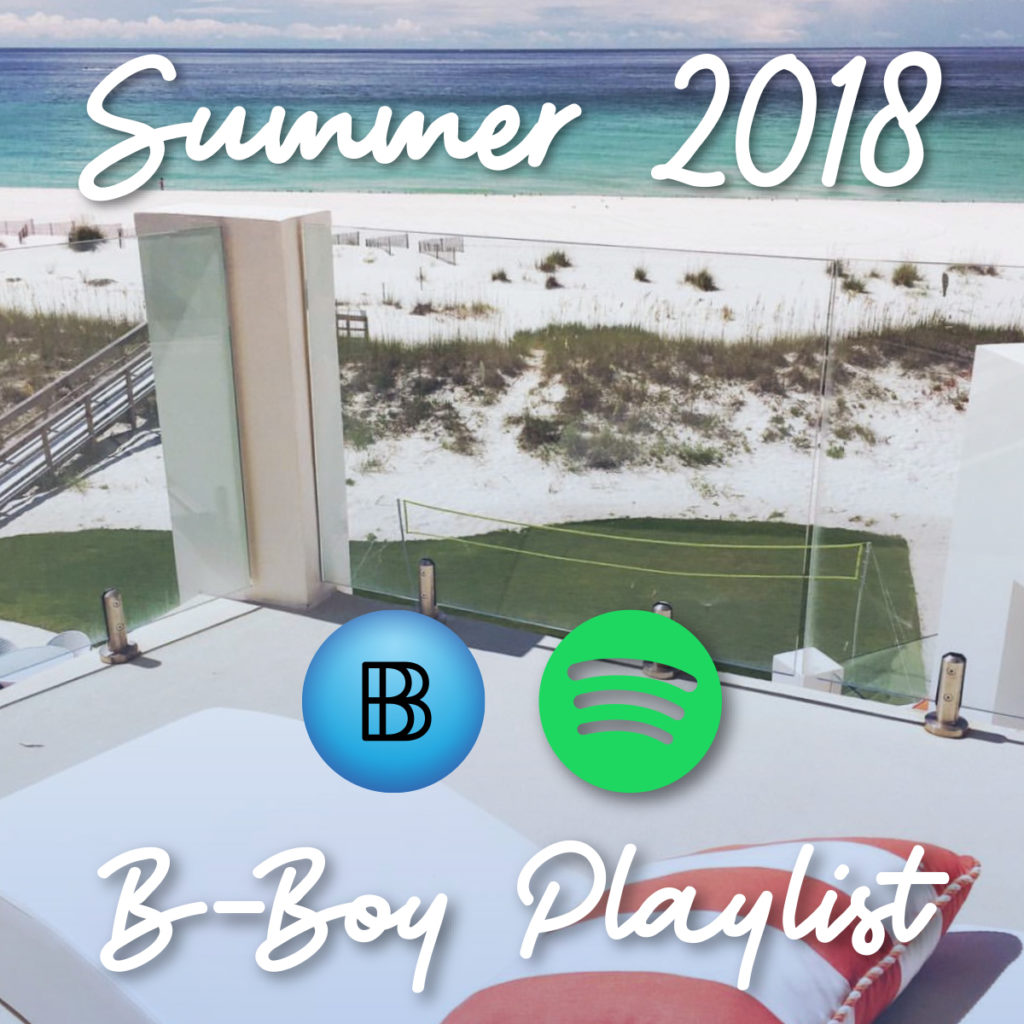 Spring doesn’t want to make up its mind. In the Northeast, it’s hot one day, freezing the next. In the South, it’s Summer weather already and everywhere else in the country, Spring is still taking its time. As we appear on the cusp of Summer, we wanted to release our DJs Best Spring 2018 Spotify Playlist with some hot new tracks. No real throwbacks here but a good variety of atmospheric tracks, some high energy music, some hip hop and a bit of Top 40. Be sure to subscribe to our Spotify channel or just stream the playlist here. 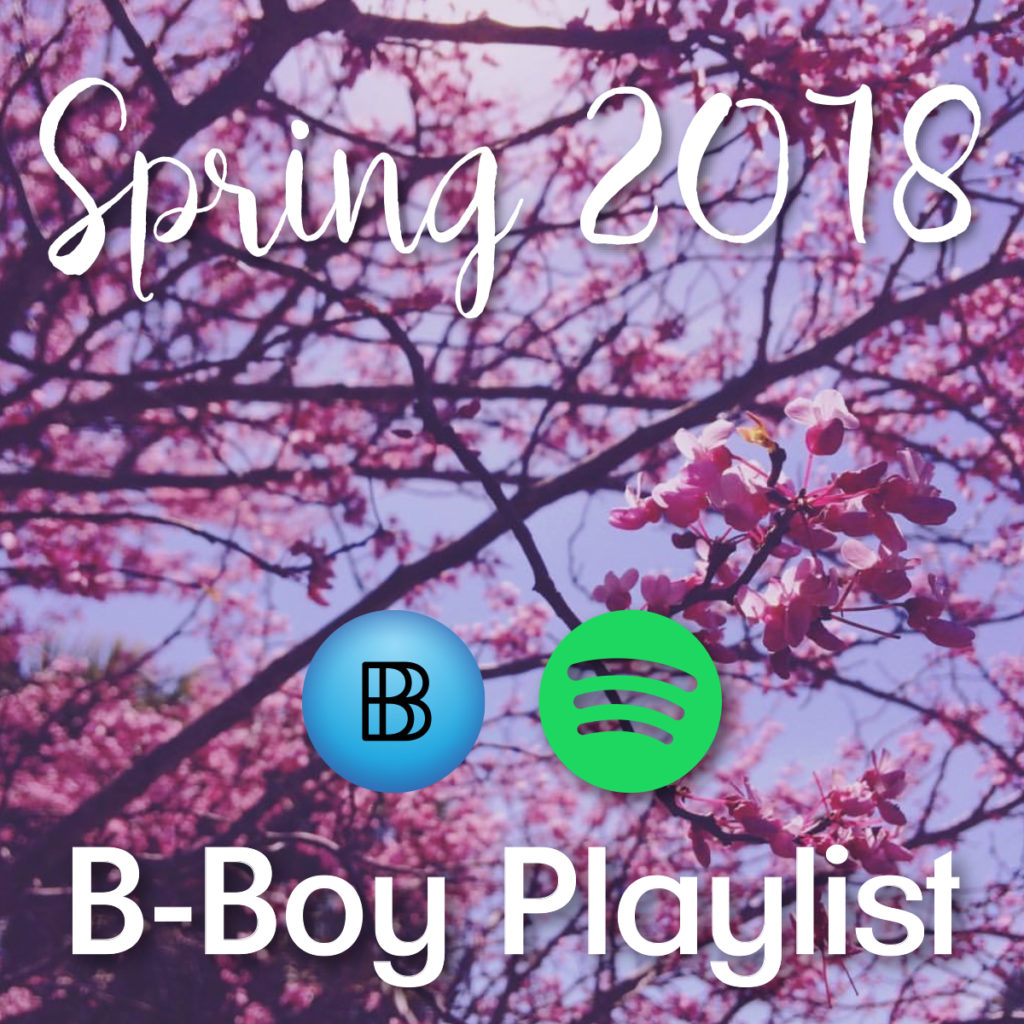 For some around the country, it’s freezing (hello Northeast!). For others, it’s 85 degrees (I’m envious of you SoCal). Either way, you need fresh music for the New Year, right? Well, we got you covered. Our DJs have started our Best Winter 2018 Spotify Playlist with some fantastic tracks. We’ve got a few throwbacks with tunes from Trick Daddy and Chris Brown on the list. One of the hottest songs out, “Finesse”, made the list. This remix with Cardi B will be in rotation at parties for a while. Surprising absent from our playlist is any of the new Justin Timberlake album cuts. Is that a sign? I guess time will tell. A hip hop track that is climbing up the charts right now is “Stir Fry” by Migos – trust me, you will know this cut soon if you don’t already. The Zhu Remix of “Feel It Still” is great atmosphere version for certain events. Keep yourself in the know by subscribing to our Spotify channel or just stream it here. 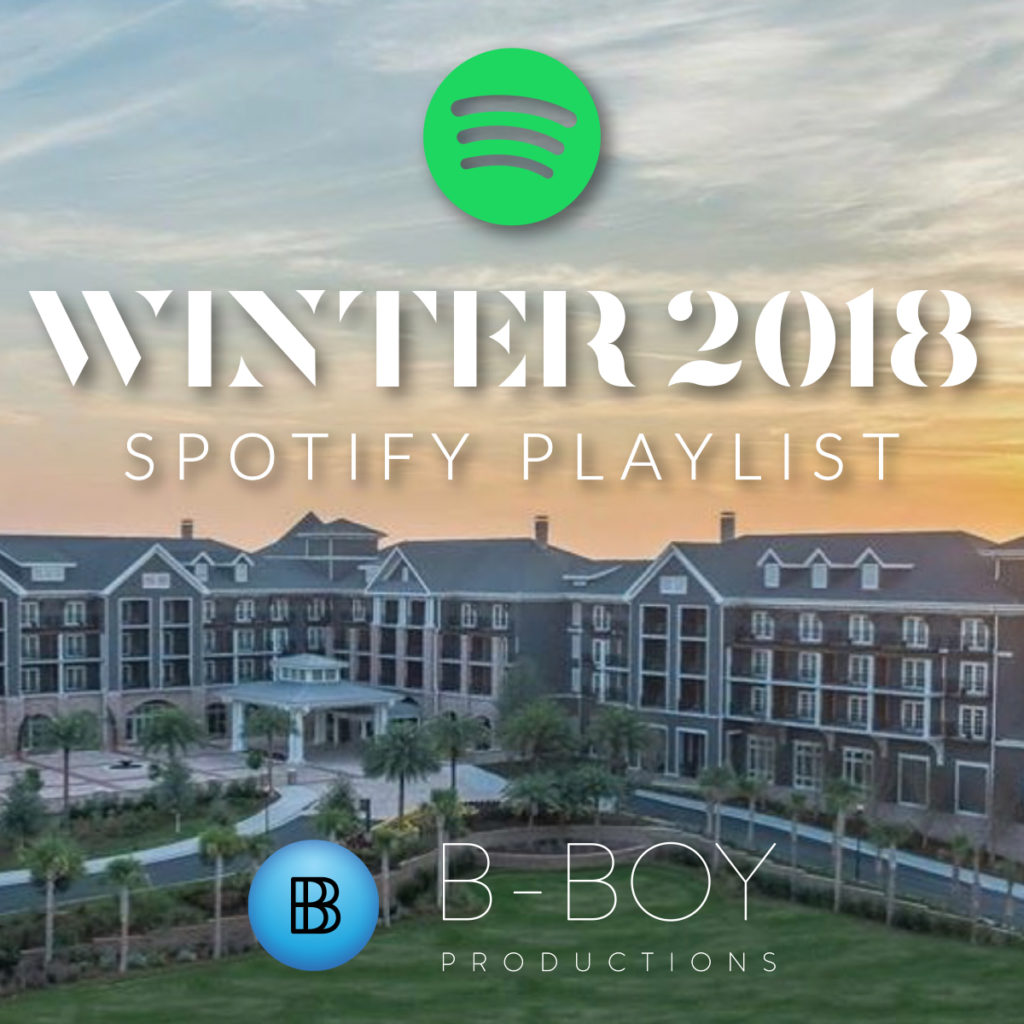 DJ Josh B
One Foot – Walk The Moon
Silence – Marshmello feat. Khlaid
Sit Next To Me – Foster The People

Although it doesn’t feel like it weather-wise in most of our regional locations, the pumpkin spice “everything” is alive and well – which means it’s times for our Best Fall 2017 Spotify Playlist. Stream it here! Unlike our Summer list which was hip hop heavy, this one is all over the place. You should be able to find at least a few tracks that suits your musical taste. We’ve got some throwbacks, a couple covers, EDM Hip Hop, indie and Top 40 represented. We’ll be adding to it frequently so be sure to check often. If you haven’t subscribed to our Spotify Channel, do it today! Enjoy! 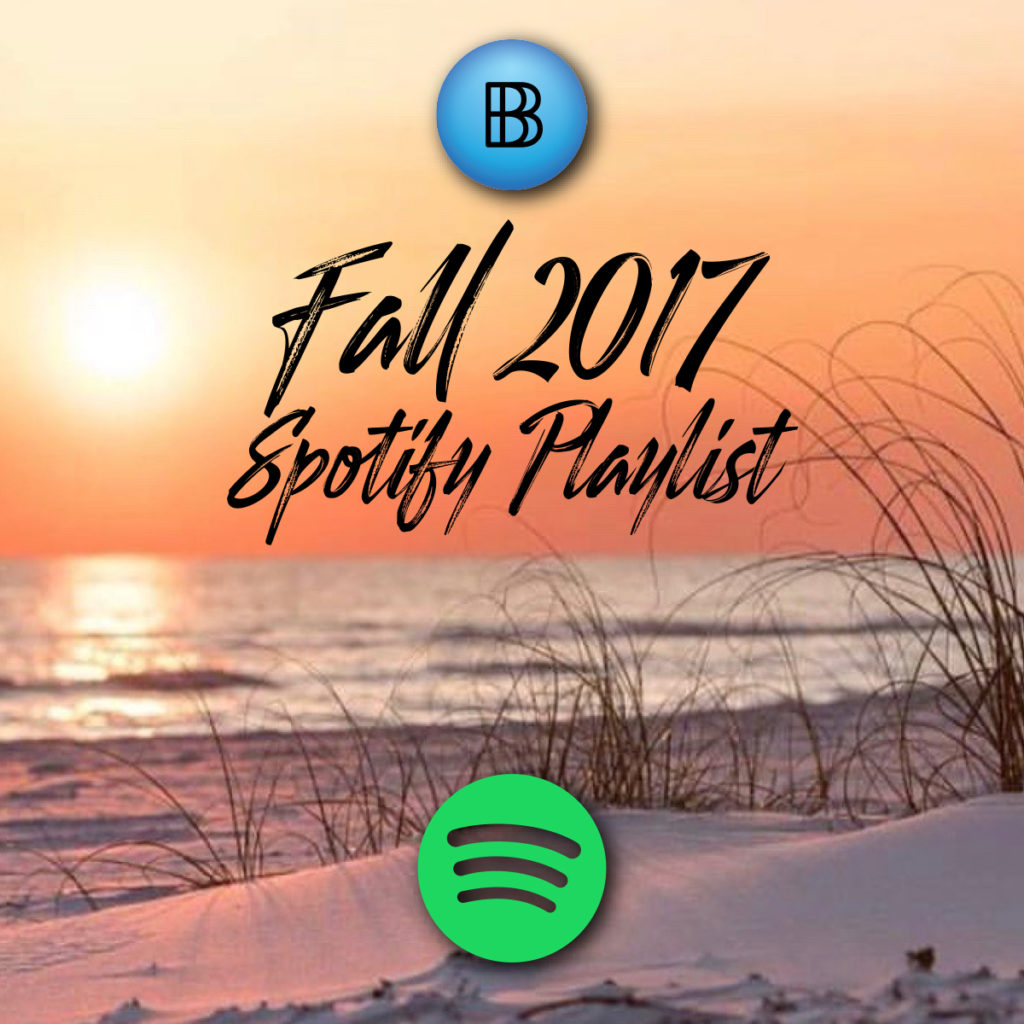 How is everyone’s summer going? We still have a little more than a month left so time to share our B-Boy Productions DJs’ Summer 2017 Spotify Playlist is here! This list definitely has a hip hop bent (a few explicit tracks) but outside of country, you should see a wide range of genre diversity. We’ve got some throwbacks, some cool covers, EDM, indie, Top 40 with a few “Song of the Summer” contenders (Despacito anyone?). We add to it frequently so be sure to check often. If you haven’t subscribed to our Spotify Channel, do it today! Enjoy! 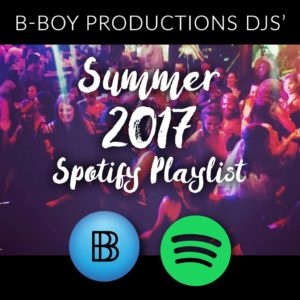 DJ Dan Davis
Move To L.A. – Tyga
Insane In The Brain – Cypress Hill
Another Life (The Him Remix) – Afrojack, David Guetta, Ester Dean, The Him

As wedding DJs, part of our planning process is asking our clients for song requests for their reception. As you can imagine, we see a lot of the same requested tunes. We also get some new tunes that will catch our attention. Every now and then, however, a title or two will be on the list that will have us ponder if it really is appropriate for a wedding (even if the song has a good groove). With that, we present to you a sampling of actual client song requests we’ve been given – “Inappropriate Wedding Songs That make you Go Hmm” (in no particular order).

These are some doozies, no? If nothing else, we hope it brings a bit of humor to your Monday. What would you add to this list? I know there are some good ones we haven’t listed. Let us know. Want our DJs to give you our feedback on some of your reception song ideas? Contact us with your song titles and we’ll let you know if you’re safe or not. It could make our next blog post – ha!

A new season brings a brand new playlist – the B-Boy Productions Spring 2017 Spotify Playlist is here! We say it every time a new playlist comes out but it is so true – the music is as diverse as the DJs on our staff. It spans the spectrum genre-wise once again – from Pop to Latin to Indie to you name it. Just about every genre is represented here so you’re bound to find at least one or two tracks you like. While we have a lot of tracks that are hot off the press, not all are brand new – some of our DJs have included some throwbacks (hello Steely Dan). If you haven’t subscribed to our Spotify Channel, do it today! Happy listening! 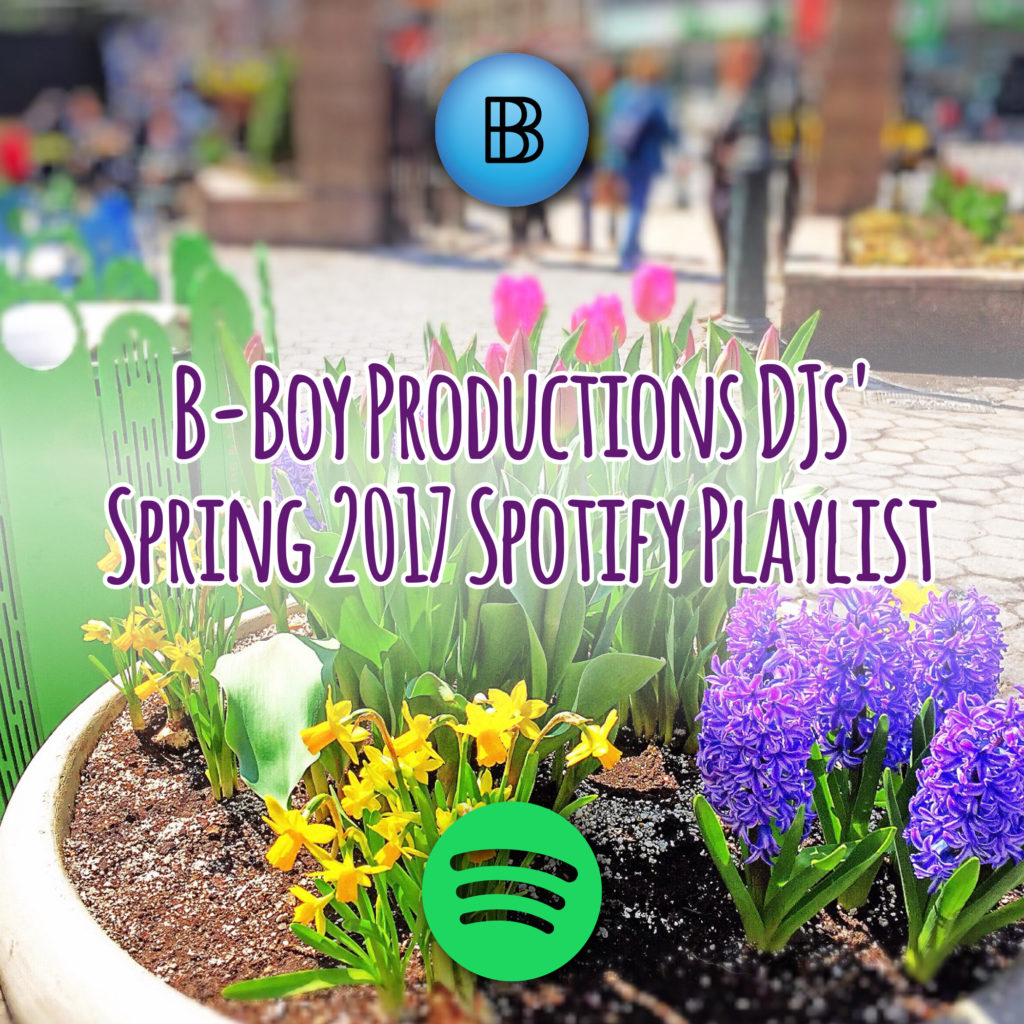 Our DJs have added some fresh new songs to our Winter 2017 Spotify playlist that we initially posted at the beginning of the year. You are going to love these tracks! Such an eclectic selection – from Top 40 to Dance to Indie Rock to Hip Hop to a throwback or two. Now, keep in mind, these aren’t necessarily songs we’re playing out at events (though a few are); this just gives you an insight into what all of our DJs are listening to at the moment. Seriously, if you haven’t subscribed to our Spotify Channel, you need to get on it ASAP. This will keep you “in the know” of music you may not be aware of. Happy listening!

DJ Josh B
What You Do to My Soul – Air Traffic Controller
Death Of A Bachelor – Panic! At The Disco
Save My Soul – Big Bad Voodoo Daddy

As DJs, we get asked all the time for holiday music and other music ideas for parties and special occasions (even ones we’re not entertaining at).  The holidays are no exception.  In fact, it doesn’t fail that our inbox is filled this time of year with requests from people looking for playlist ideas for their holiday get-togethers.  Well, we at B-Boy Productions have got you covered for Thanksgiving…sort of.  You see, Thanksgiving is one of those holidays where finding a playlist to fit the theme is a little tough. Beyond the obvious gratititude tracks of “Kind and Generous” by Natalie Merchant, “Thank You” by Dido, the rest are pretty slim pickings.

To provide a little levity to our VLog series, we offer you the top 10 Thanksgiving Song Parody Titles.  We hope you enjoy these.  If you have any others you’d add (we came up with “I Came In Like A Butterball” by Miley Cyrus, “U Can’t Stuff This” by MC Hammer,  and “All About That Baste” by Meghan Trainor after we had already taped this episode), feel free to comment below and or tweet us with the hashtag #thanksgivingparodysongs.  Have a great Thanksgiving everyone!

This week we’re excited to brag about one of our own – Graeme Cowgill. Graeme has been with BBoy since 2008, and has been one of our most-requested DJs for quite some time! He’s based out of California, and in true Cali fashion is one of the most “chill” people you could ever meet. We’re excited to share some fun facts and insights into the very tall man behind the DJ booth. 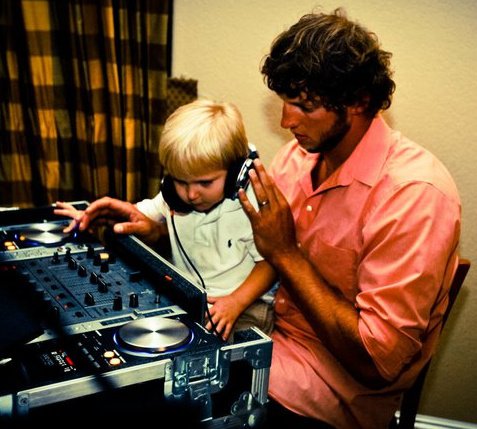 A: I actually just got into it because my wife needed a DJ for an event, and I had a significant musical background – my mom used to be in operas. I have an eclectic music taste, so I decided I would give it a shot. I stayed with it because I just really enjoy using this skill that I’m blessed with. Wedding coordinators and venue people aren’t always treated the best, so I enjoy using the platform I have to really get to know them and make them feel valued.

Q: What’s your favorite part about being a DJ?

A: I enjoy DJing, and I’m not bad at it, but I’m certainly not the greatest. My favorite part about doing so many events is being able to connect with the audience, the bridal party and the bride and groom. I really let their personalities run the show. With weddings, the entire event is based on the relationship between bride and groom, and that needs to be carried out through the whole experience. I love the formalities of weddings when personalities come out. 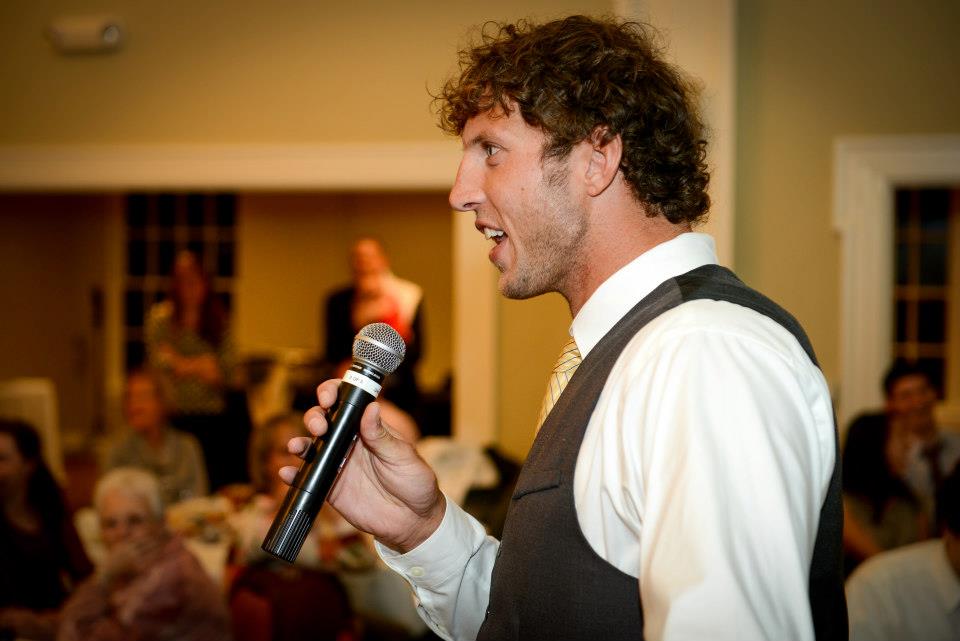 Q: What’s the weirdest song request that you’ve ever gotten?

A: One time, an eight-year old requested Peter, Paul, and Mary. It would have just murdered the party, but I had no idea how to respond. I didn’t want to say no because it would’ve ruined her life, but to say yes, the wedding would have just ended right there. “Puff the Magic Dragon” just wasn’t going to kick it right then. I didn’t play it.

Q: Ever witnessed any strange or terrible wedding toasts?

A: The best and weirdest toast was when one guy during an open mic toast said to the bride and groom, “It just looks like you’re meant for him and that he’s meant for you. So it’s kinda like ‘Matrix Revolution.’” And then he sat down.

Q: What do you do when you’re not DJing?

A: I work for FCA Volleyball in Southern California. I meet with different coaches and, during the summer, manage a team of forty-two interns. I also used to be a youth pastor in the panhandle of Florida, which is where I grew used to being in front of a large crowd.

Q: Any good stories from those days?

A: Oh, so many. One time I let some kids borrow my truck to pick up a gumball machine, and they brought it back absolutely covered in paint. They said they got in a paint war, which I didn’t even know existed.

Q: Any advice to DJs or wannabe DJs out there?

A: From an events perspective, the biggest thing is to be someone people feel comfortable with. The vendor, wedding coordinator and DJ – we are all hired so that the bride and groom can relax on their big day and not have to worry about logistics. Meet and talk with the bride and groom before the event. Establish a relationship so that they know they’re taken care of and so that you’re taken care of in the unusual event of something going wrong. There’s a lot of grace established when there’s a relationship.

Lastly, I used to be super nervous because I was responsible for so much on someone’s big day. I used to have my announcements printed out, but the quicker I went from having it printed to just being myself was always good. I realized that people aren’t buying my announcement skills; they’re buying my personality. So I let that show instead of trying to be perfect.