Our #bboygivesback has kicked off with a flurry in 2017 and shows no signs of slowing down. We had an opportunity to once again work with Shelter House – this time for their Palate and Palette Event which took place at the Tack Room at Arnett’s Gulfside Ranch in Santa Rosa Beach. It included a five course dinner along with a live painting during the event. The musical soundtrack for the evening was live mixed by our own DJ Charles. 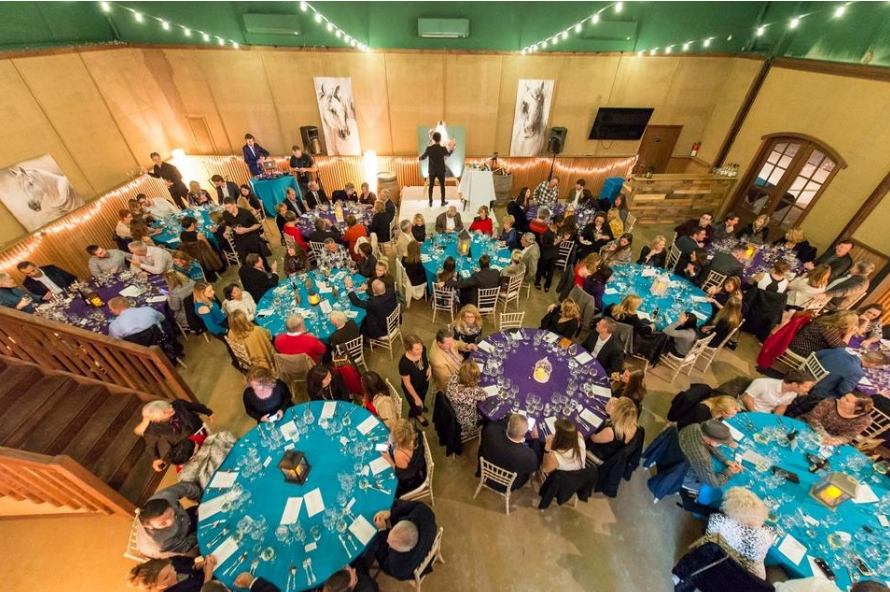 The featured chefs were Nikhil Abuvala of Roux 30A, Tim Creehan of Cuvee 30A and Destin Ice Market 30A, John Engle of The Gulf Okaloosa Island, Jack McGuckin of Bijoux and Dan Pettis of Fuel Restaurant and One20: A Modern Bistro. Each of them contributed one course to the meal. Krutz Family Cellars of Sonoma County, California paired each course with wines.

The featured artist, Jon Moody, is based out of New Orleans and his work has been seen on the hit television show “Empire” as well as recognized by the White House. He created a piece of art during the dinner which then was auctioned off following the dinner by Chris Camp of Luxury Estates Auction Company. The winning bid was for $4,500. This inaugural signature event brought in just short of $18,000.

Musically, DJ Charles stuck with an urban chic city vibe. The playlist included songs like “Cherry Wine” by Nas & Amy Winehouse and selections from a few different albums: “Bright Moments” from Flamingosis and “Chasing The Golden Hour” from GRiZ. DJ Charles commented, “This wasn’t a dancing event but the music was crucial to its success. I went with a very groovy cocktail music style to start and would switch things up from course to course to keep the vibe fun, upbeat, and people wondering what was coming next.” 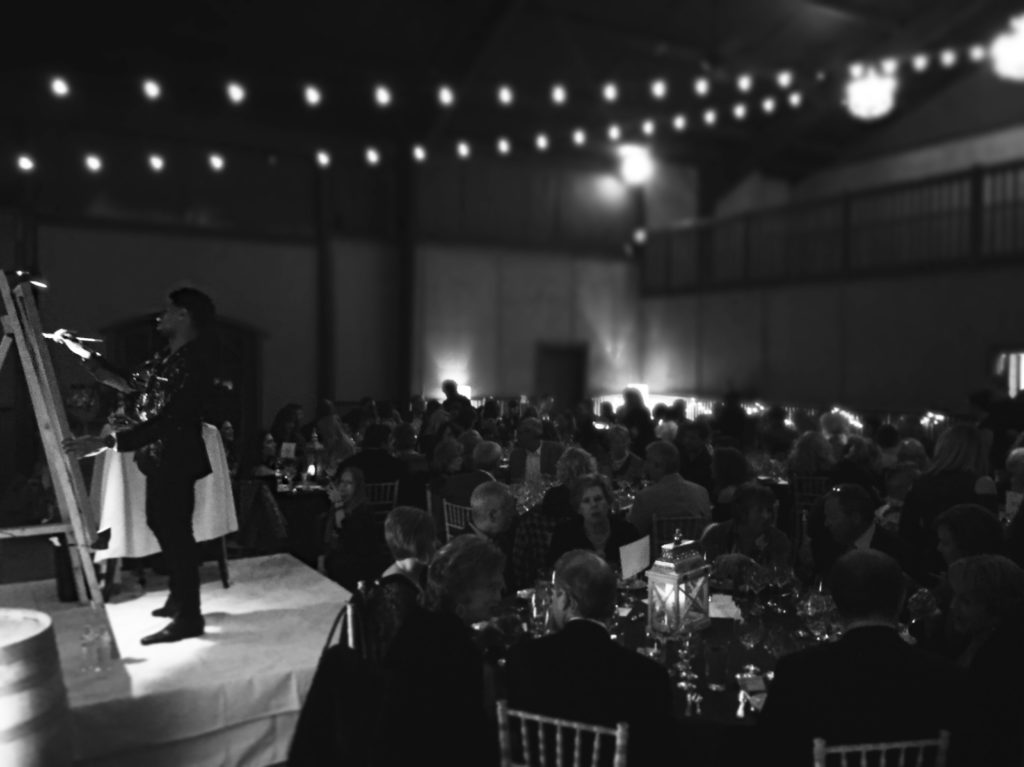 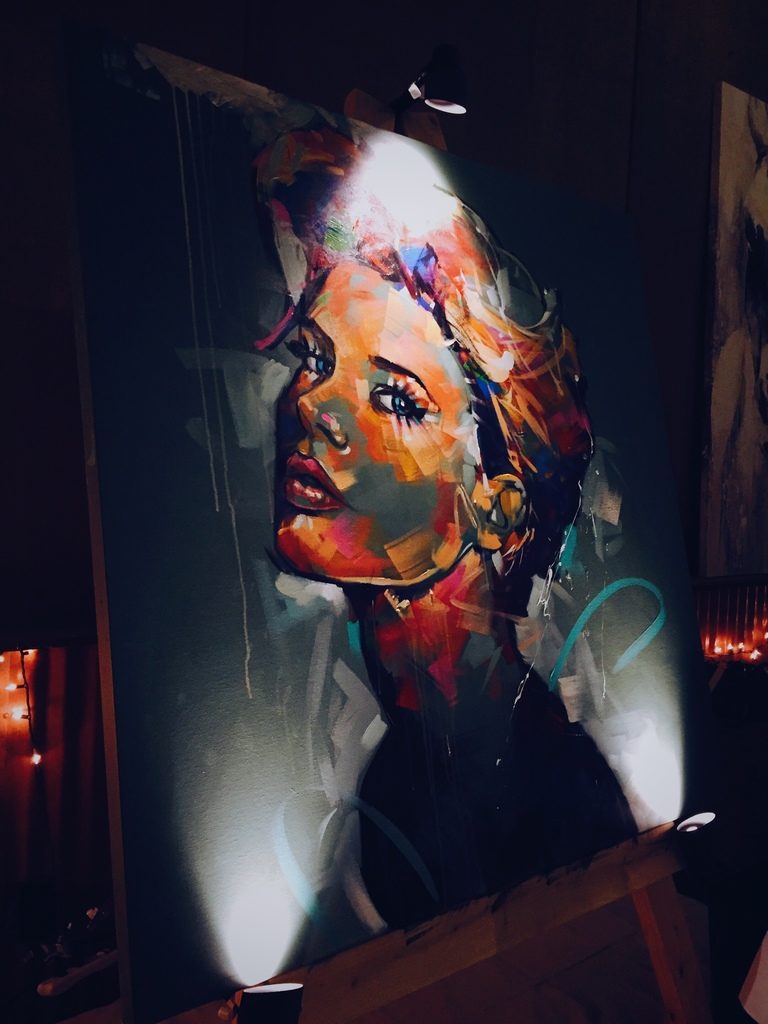